The Better Angels. Written and directed by A. J. Edwards.

“The short and simple annals of the poor”; this is how Abraham Lincoln described his childhood (quoting Thomas Gray’s “Elegy Written in a Country Churchyard”) and A. J. Edwards apparently believes him. Edwards’s debut film, The Better Angels, begins by establishing the contrast between Lincoln’s humble roots and the eventual heights he would reach–letting us hear the sound of a frontier river (probably Pigeon Creek) before presenting several imposing shots of the Lincoln Memorial. The river is a good metaphor: it is part of the rustic uncivilized world but always moving forward, just like Lincoln as he moved from rural Indiana to the pinnacle of the American social ladder. END_OF_DOCUMENT_TOKEN_TO_BE_REPLACED

I’ve only lived in three places in the United States and it’s been a strange coincidence that two of them were fixated on historical figures. Upon moving to Tuscaloosa, Alabama, I quickly discovered that images of storied Crimson Tide football coach, Paul “Bear” Bryant, were near inescapable. Go to the bank, the doctor’s office, even McDonalds, and there would be the Bear–usually squinting off to the horizon, seemingly contemplating his next national championship or victory over Auburn. I now view this as rehearsal for life in Springfield, Illinois, which boasts the most famous American in history as a former resident. Abraham Lincoln is everywhere in this town and, in part, the very engine that keeps it running (sorry state government, you’re a distant second). The message I received as a foreigner and a newcomer in both places was clear: either be part of this cult of personality or be an outsider. END_OF_DOCUMENT_TOKEN_TO_BE_REPLACED 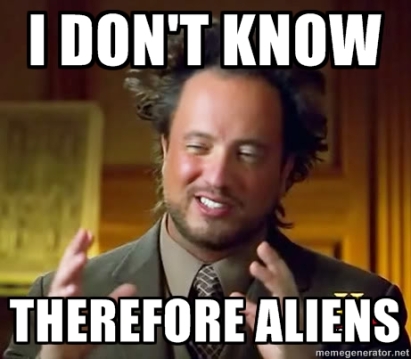 Remember when I praised the History [Channel] for including some current scholarship in its most recent Civil War documentary? Well, screw that, because the network aired this historical abomination between the two episodes of Blood and Glory, and I fear crap sandwiches like this are what the current History [Channel] is really about.

END_OF_DOCUMENT_TOKEN_TO_BE_REPLACED

Our American Cousin comes down to us primarily as the play Abraham Lincoln was watching when John Wilkes Booth shot him. It also has a reputation for being terrible. However, this was more than just a random play for Lincoln. He and Mary reportedly saw it several times while in Washington, and after viewing and reading it recently, I can see why. It’s humor is precisely the kind Lincoln enjoyed. Indeed, Our American Cousin may have been for Lincoln what something like Anchorman is for me–a piece of popular comedy comfort food that you can settle into and enjoy for its familiarity as much as its humor. Lincoln probably anticipated the final line of Asa Trenchard’s take-down of Mrs. Mountchessington–“you sockdologizing old man-trap!”–the same way I eagerly await Ron Burgundy’s nonsensical insult of Veronica Corningstone, “Why don’t you go back to your home on Whore Island!” But to us, Asa’s line is exclusively remembered as the last thing Lincoln heard before a bullet entered his brain. So, as I suggested doing with “Dixie,” let’s take Our American Cousin out of its April 14, 1865, context and try to cut through the myth and consider why Lincoln liked the play. END_OF_DOCUMENT_TOKEN_TO_BE_REPLACED

150 years ago today, Abraham Lincoln publicly declared his love for the song “Dixie.” Having just returned from the recently-captured former Confederate capital of Richmond, he settled back into the White House and soon found himself “treated” to a serenade. These were a common occurrence in 19th Century America, in which groups of people would perform music outside of the homes of people they admired as a show of respect. I put “treated” in quotations because the serenade’s recipient was expected to respond and Lincoln reportedly hated coming up with the necessary little impromptu speeches. According to his contemporary biographer, Joseph Hartwell Barnett, Lincoln once declared (with typical folksiness), “These serenades bother me a good deal, they are so hard to make. I feel very much like the steam doctor, who said he could get along well enough in his way of practice with almost every case, but he was always a little puzzled when it came to mending a broken leg.” END_OF_DOCUMENT_TOKEN_TO_BE_REPLACED

I decided early on that I would occasionally invite friends and fellow scholars to write entries for this blog, especially if the subject is something I’ve written about elsewhere. In the case of Steven Spielberg’s Lincoln, not only have I already commented on it (mainly here, but also during my 15 minutes of fame here), I also have an excellent reviewer: my friend and colleague, Stacy Pratt McDermott. As the Assistant Director for The Papers of Abraham Lincoln and the author of a recent biography of Mary Lincoln, Stacy provides a unique and informed perspective on one of the film’s less-discussed characters and I’m just as interested as anyone to read what she has to say. So, without further ado, I’ll turn things over to Stacy… END_OF_DOCUMENT_TOKEN_TO_BE_REPLACED

I was originally going to write about this deeply strange Star Trek episode further down the road, but Leonard Nimoy died recently, so I’ll offer this post as my own little tribute. I was a huge “trekkie” growing up and still have a soft-spot for the show, but even at the height of my fandom, I knew this episode was a stinker. Just as “The South Rises Again” aired during the The Beverly Hillbillies‘s nadir, “The Savage Curtain” came near the end of Star Trek‘s run, when the wheels were clearly coming off. It’s a typical third season episode–the premise is weak and absurd, and any interesting questions raised by the script are never satisfactorily answered. However, it prominently features the Civil War’s most popular and significant historical figure, Abraham Lincoln, and is therefore worth this blog’s attention. END_OF_DOCUMENT_TOKEN_TO_BE_REPLACED