Remember when Obama was president and we kept calling things “teachable moments?” Well, I can’t resist indulging in one today, since Saturday Night Live did a skit last night that could almost have come completely out of Battle Hymns. Indeed, far from pedantically criticizing the skit for its inaccuracies (something I generally frown upon—even more so with comedy), I’m struck by how much it’s built on actual history. I’m not crazy enough to think someone at SNL read my book, and I suspect the skit’s factual success is accidental, but I’d definitely show it to a US Cultural History or Civil War class. I don’t have either of those things right now, so instead I’ll subject you to my thoughts on how the skit reflects actual musical culture in Civil War armies–probably sapping away all the humor along the way. END_OF_DOCUMENT_TOKEN_TO_BE_REPLACED

As some of you know, the Abraham Lincoln Presidential Library and Museum is opening a new exhibit on March 24 exploring the Cubs/Cardinals rivalry. This has taken up nearly all of my work time since I became Research Historian in November. It’s been fun immersing myself in the histories of these two teams and collaborating with the Hall of Fame and the clubs themselves has been a lifetime thrill. However, as the opening gets closer, the same sorts of questions I get about my work on music are popping up: Why should baseball be in a museum exhibit? What does baseball have to do with Lincoln? Is baseball really history? I wish I could say these questions reflect genuine curiosity but they usually don’t. They’re almost always pejorative–a phenomenon we cultural historians deal with constantly. So, I decided to dust off the old blog and offer my thoughts on why sports history is very much worthy of historical consideration and exploration. END_OF_DOCUMENT_TOKEN_TO_BE_REPLACED

Some of you have probably noticed there hasn’t been much activity here lately. I’m sorry about that but other commitments have been piling up and I just haven’t had time to keep things humming along here on Civil War Pop. I already mentioned my new job (more about that below) but I also have two book contributions due over the next six month. One will stay a secret for now, but the other is a chapter for a textbook on Music and Warfare in American History. END_OF_DOCUMENT_TOKEN_TO_BE_REPLACED 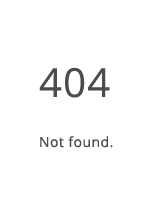 When I heard someone had made a small indie Civil War comedy, I was naturally intrigued. America’s bloodiest conflict doesn’t lend itself to laughs, with the shining exception of Buster Keaton’s The General. If judged strictly as a comedy, I’m not sure Men Go to Battle is a success. It mostly offers subtle cringe-humor, without the obvious punchlines and payoffs of The Office or Curb Your Enthusiasm. There is a light feel overall but it’s used to tell a surprisingly accurate and interesting story about two yeoman farmers in in rural Kentucky from the end of 1861 to the end of 1862. Indeed, despite its vague comedy trappings, this is one of the most realistic Civil War movies I’ve seen. END_OF_DOCUMENT_TOKEN_TO_BE_REPLACED

I’m happy to announce that this week I started a new job as Research Historian for the Abraham Lincoln Presidential Library and Museum. While I’ll miss my colleagues at The Papers of Abraham Lincoln, I’m delighted to enter a position that allows me to do more public history and help promote this amazing institution. I was involved with a few programs and exhibits at ALPLM during my time with the Papers (including the a very cool exhibit on the Cubs/Cardinals rivalry coming this spring), and it really opened my eyes to the potential for places like this to educate the public and spark interest in the past. It’ll be great doing that same kind of stuff full time. END_OF_DOCUMENT_TOKEN_TO_BE_REPLACED

It’s Halloween! There isn’t a lot of Civil War horror stuff (unless you count Gods and Generals! Zing!), but there is this little gem about one of Reconstruction’s most enduring figures, Jesse James. He played a big, sorta weird role in my childhood (more on that in a future post), so I’ve always known about this bizarre movie but never sought it out. Imagine my surprise when I found the whole thing on YouTube. Even more amazing, Jesse James Meets Frankenstein’s Daughter exceeded even my lowest expectations. But even in this campy Ed Wood-esque nightmare, there are still interesting elements of Civil War memory and James’s controversial legacy.

END_OF_DOCUMENT_TOKEN_TO_BE_REPLACED

Rarely have I walked into a movie with so much external context bleeding through the theater walls. Almost two weeks into The Birth of a Nation‘s run, and the film is more successful as think piece fodder than as a commercial enterprise, making it almost impossible to evaluate on its own merits. How does it relate to the controversial and complicated historical record of Nat Turner’s rebellion? Where does it fit in the new filmography of slavery? Why aren’t more people seeing it (I was alone in my 7pm Thursday night show) and, if they stay away, will the “white savior” remain Hollywood’s preferred slavery narrative? Finally, should we take the troubled personal histories of Nate Parker and Jean McGinanni Celestin into account when evaluating this film? END_OF_DOCUMENT_TOKEN_TO_BE_REPLACED

END_OF_DOCUMENT_TOKEN_TO_BE_REPLACED 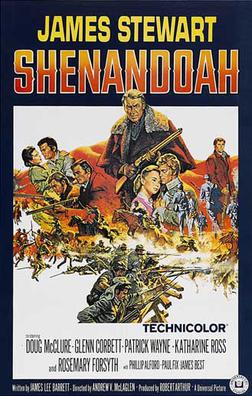 END_OF_DOCUMENT_TOKEN_TO_BE_REPLACED

Well, it finally happened. Earlier today, the University of Mississippi Athletics Department got a jump on the college football season by banning “Dixie” from all athletic events. This is a story I’ve been following for years, as it was a major part of my chapter on memory in Battle Hymns. The controversy at Ole Miss is a perfect example of how difficult, even impossible, it is to separate Confederate symbols from their white supremacist legacy (the flag being the other prominent example). The song’s author, Daniel Decatur Emmett, never intended “Dixie” to be the anthem of a pro-slavery southern state, but Confederates imprinted that meaning on the song and white supremacists reinforced it for decades after, giving “Dixie” a permanent subtext odious to most people. The Civil War generation left their mark on numerous songs (the multiple lyrics and associations given to the melody for “John Brown’s Body” and “The Battle Hymn of the Republic” is the northern equivalent) and we can’t help but hear those songs the way they did. “Dixie” is no exception. For years, Ole Miss tried to dilute that context by pairing “Dixie” with “The Battle Hymn of the Republic” but these efforts ultimately failed, as audiences made the song’s pro-Confederate associations explicit by chanting “The South shall rise again” over the “Battle’s Hymn’s” “His truth is marching on.” END_OF_DOCUMENT_TOKEN_TO_BE_REPLACED